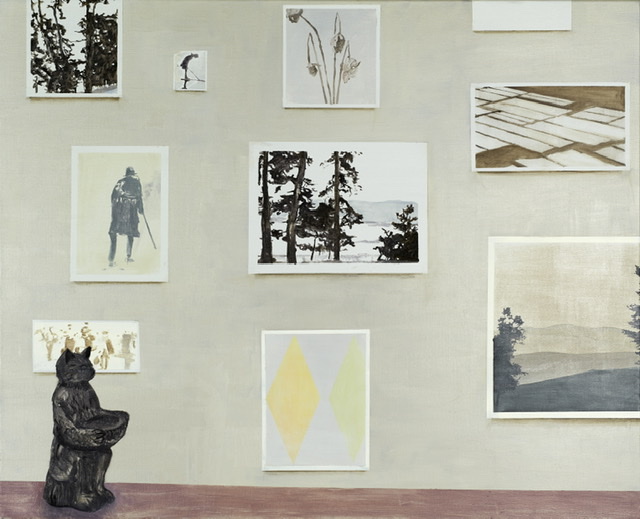 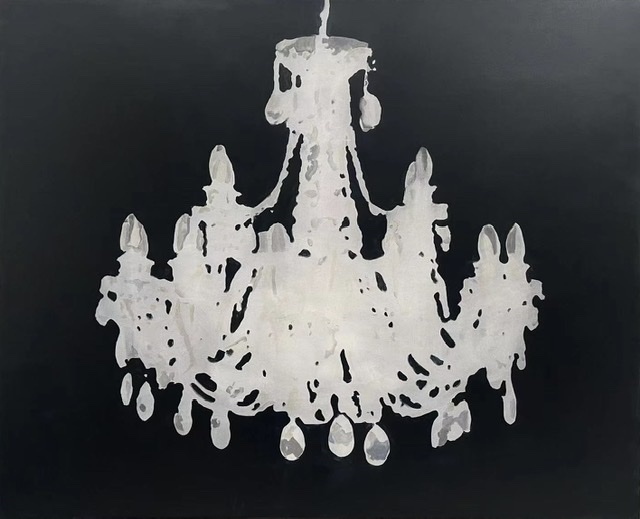 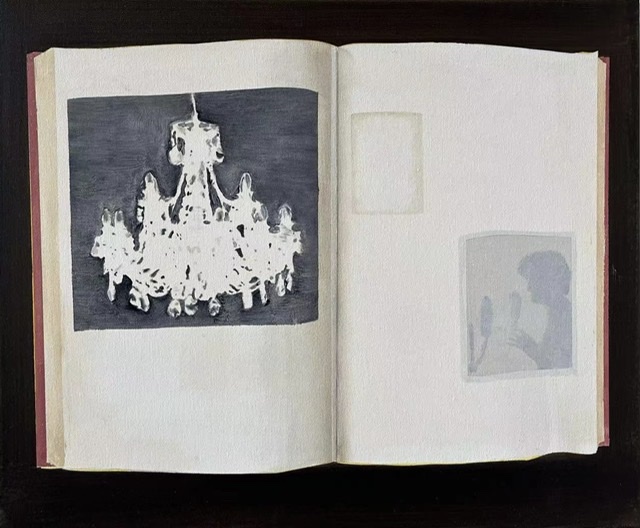 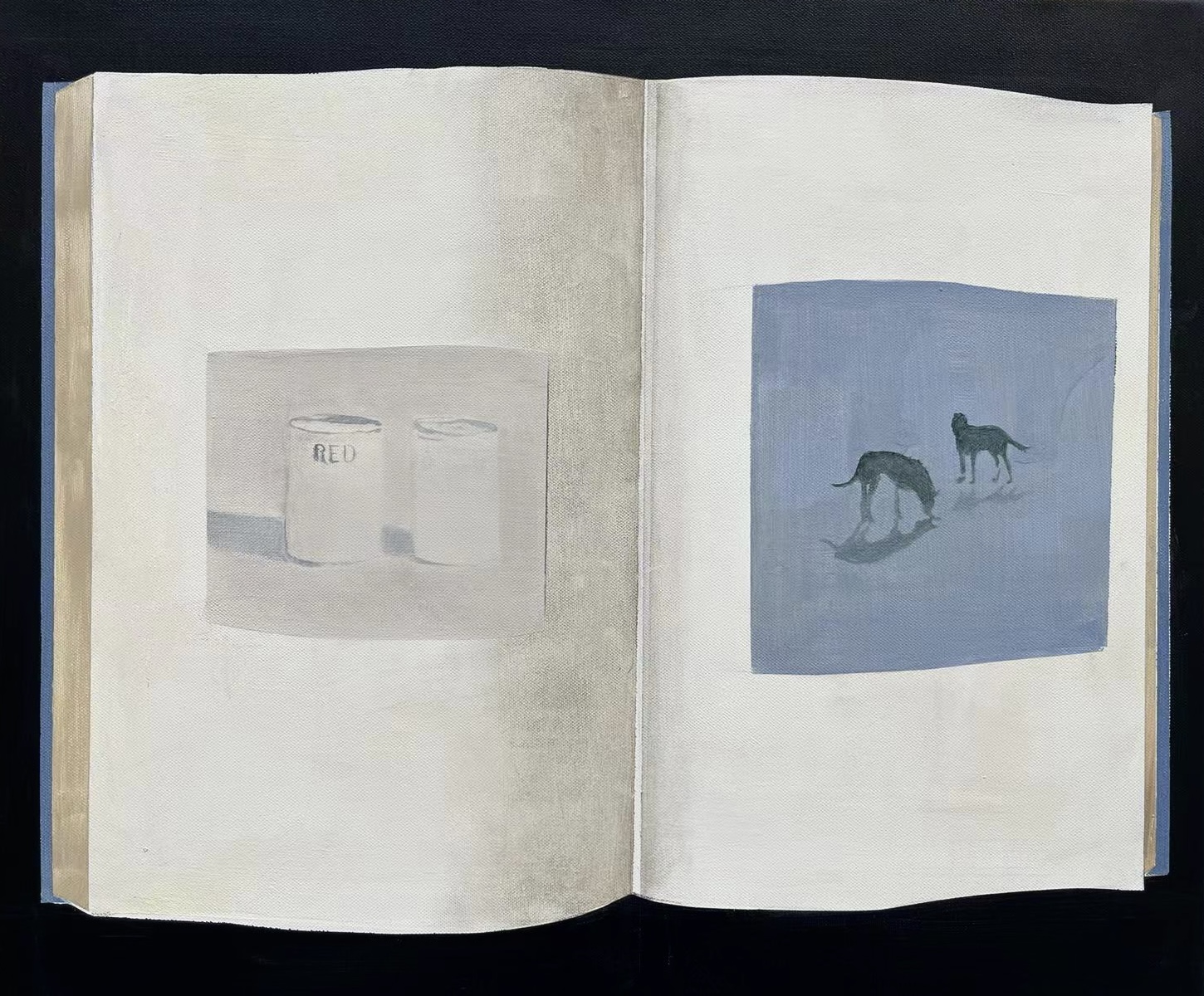 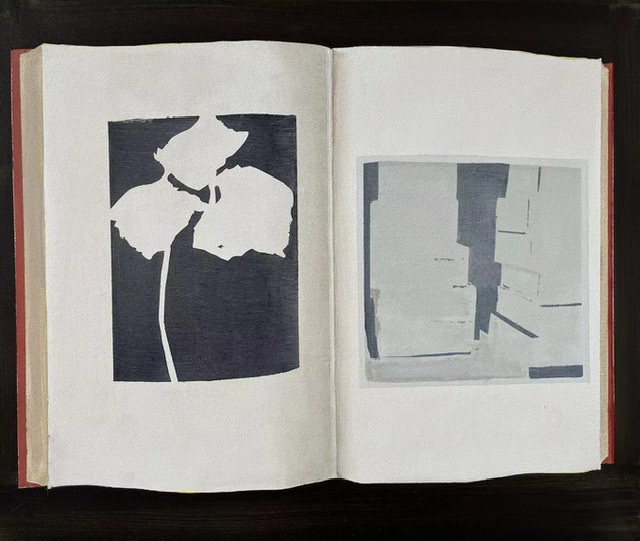 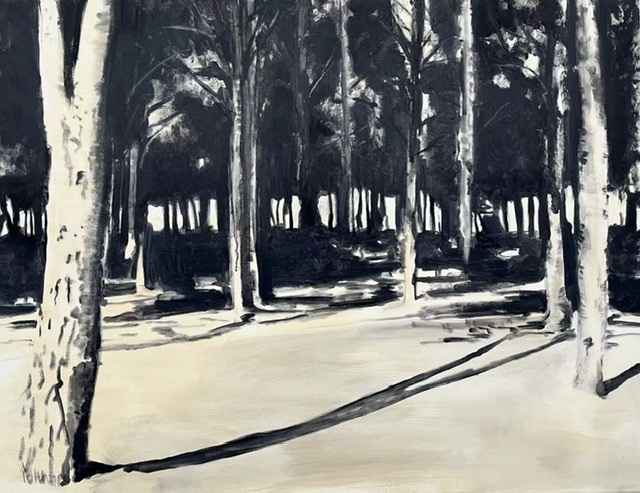 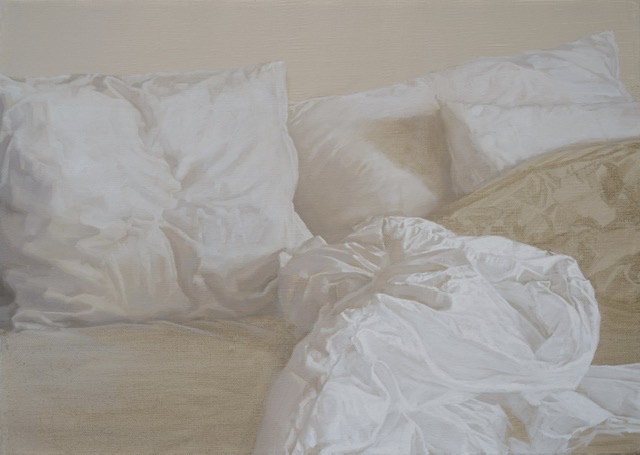 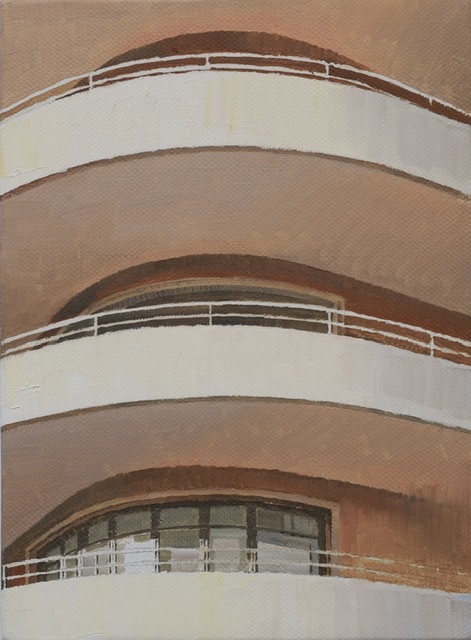 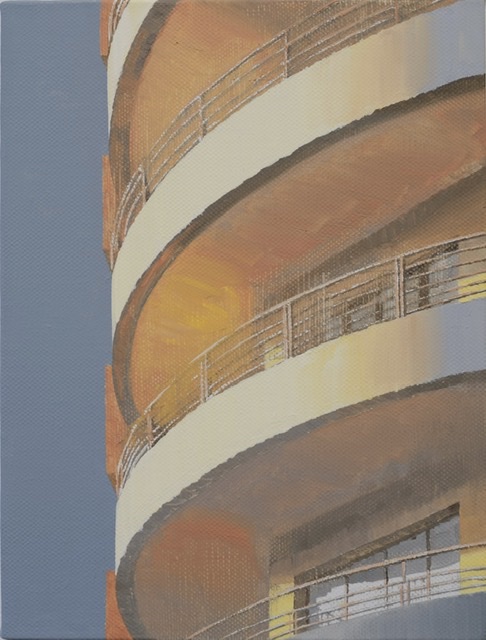 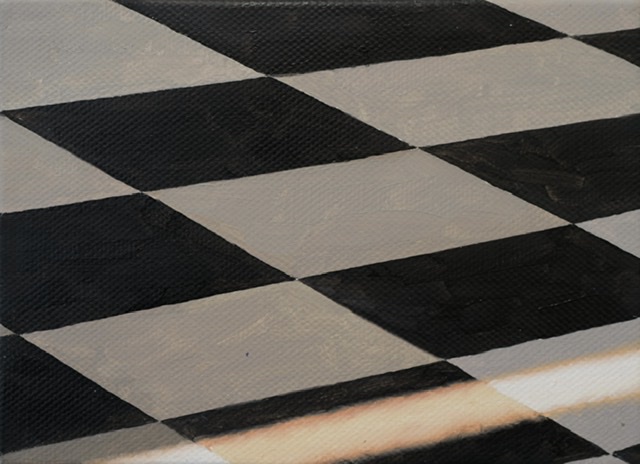 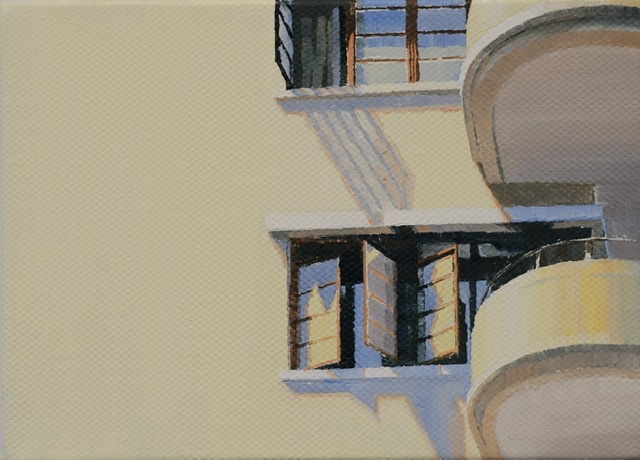 AroundSpace Gallery is proud to bring A Sip of Erstwhile, a double solo exhibition of Kotscha Reist and Lu Dan this fall, in the hope of reminding us of a peaceful and precious normal time we used to have.

Swiss artist Kotscha Reist grew up in a family of professional architects and builders. He was exposed to structures and spaces from early on and has incorporated these elements in his later art practice. Reist uses a reduced palette and increasingly abstract imagery that drives his canvas towards minimalist aesthetics. Stylistically,  he may be influenced by German artist Gerhard Richter; while his motifs are derived from his familiar environment. In a monumental work like Heritage, Reist depicted a wall crowded with his own paintings, creating a feeling of parody and irony. His Book2 showed an open book with a chandelier on the left page. A ghost-like crystal image, a crown of no country, it represents endless void and eternity.

Shanghai native Lu Dan had been focusing on refined details of objects in life for a while. His recent works, the Shanghai series, captured the details of old buildings, such as the Eddington House, the Magy Apartments, the Hengfu Art Center, and introduced a hue of well-staged lights into these historical landmarks. These works appear to be abstract at first glance, but reveal themselves to close viewers as meticulously rendered local parts of buildings, railings, columns, windows, a mailbox, bathroom tiles, part of a balcony, shadows on a corridor, lines on a tennis court, etc. They are the “defining moments” in Lu’s mind and canvas. In these works, Lu displays his flawless draftsmanship and superior choice of color palette. He was nurtured by classical paintings and old master skills and confidently has transformed his knowledge into current practice.

Through a combination of figurative and abstract painting, Kotscha Reist and Lu Dan defamiliarize and interrupt everyday objects and scenes. We have seen such familiar moments and scenes in Edward Hopper, in Gerhard Richter, in numerous pivotal images in art history and human history. They are not necessarily from our individual experience, but our collective memories and feelings of an era. They are like a sip of erstwhile we have longed and desired, or a whisper of reminders of past delightful routines interrupted by pandemic. After all, this is the power and essential meaning of art.