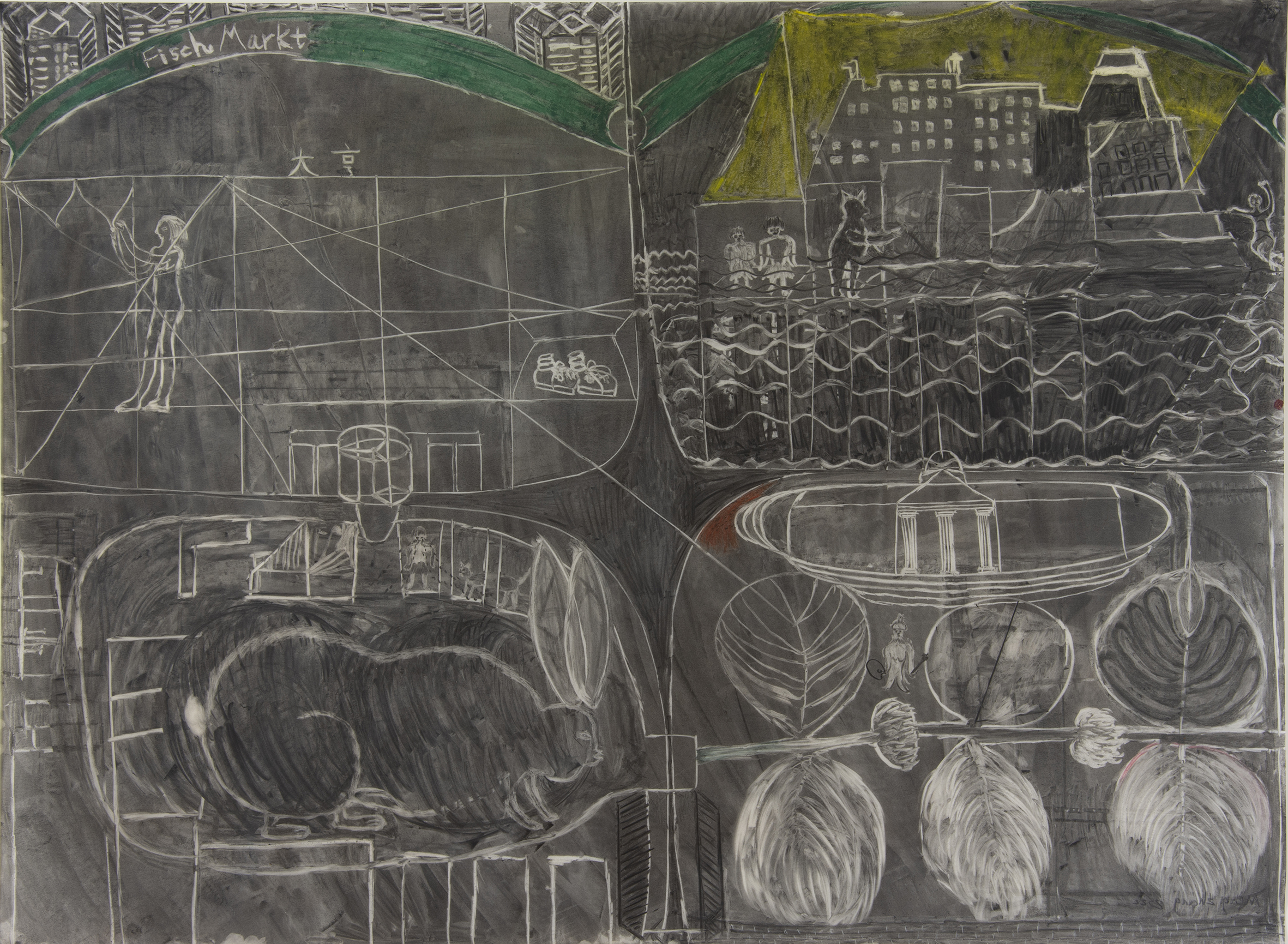 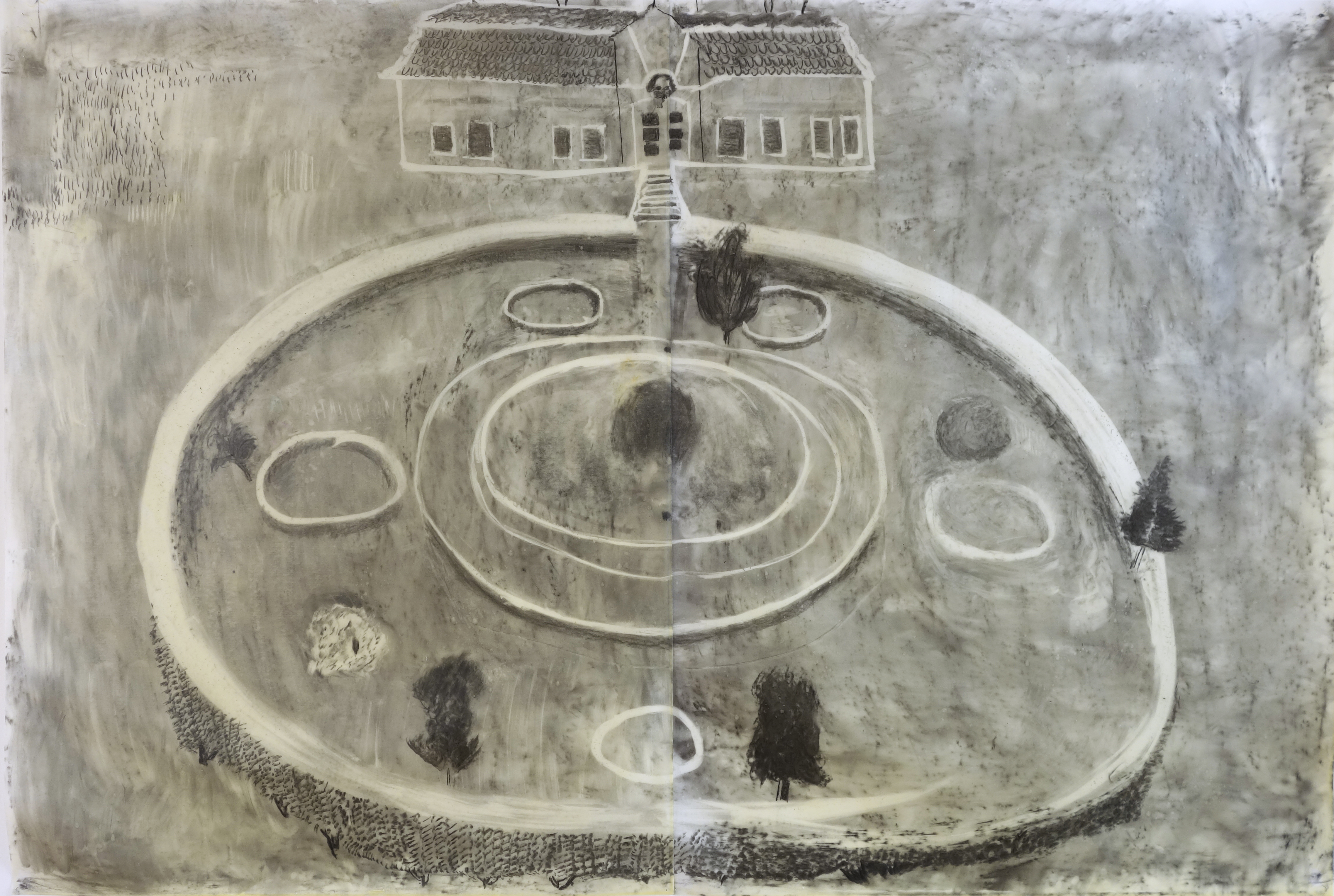 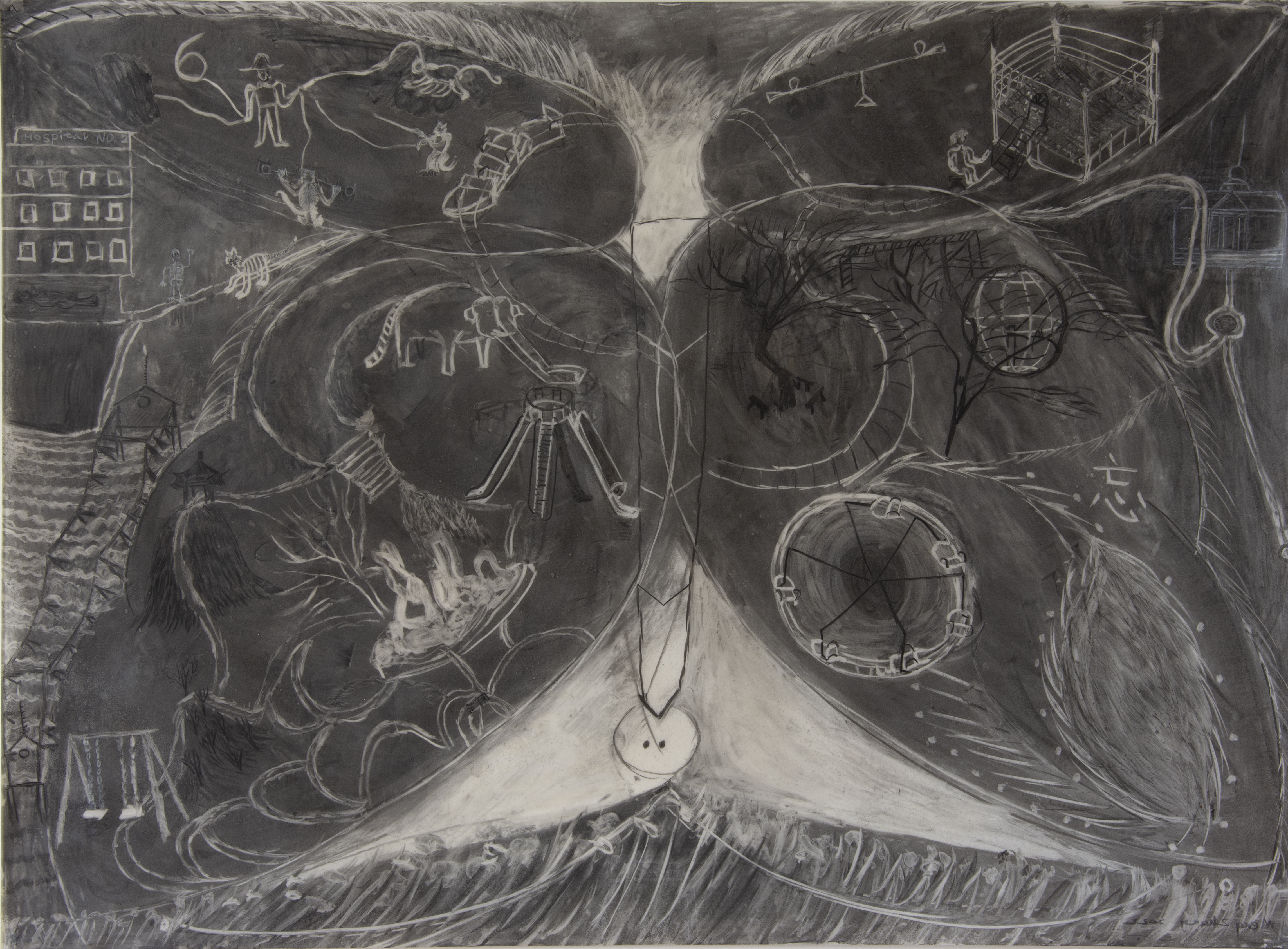 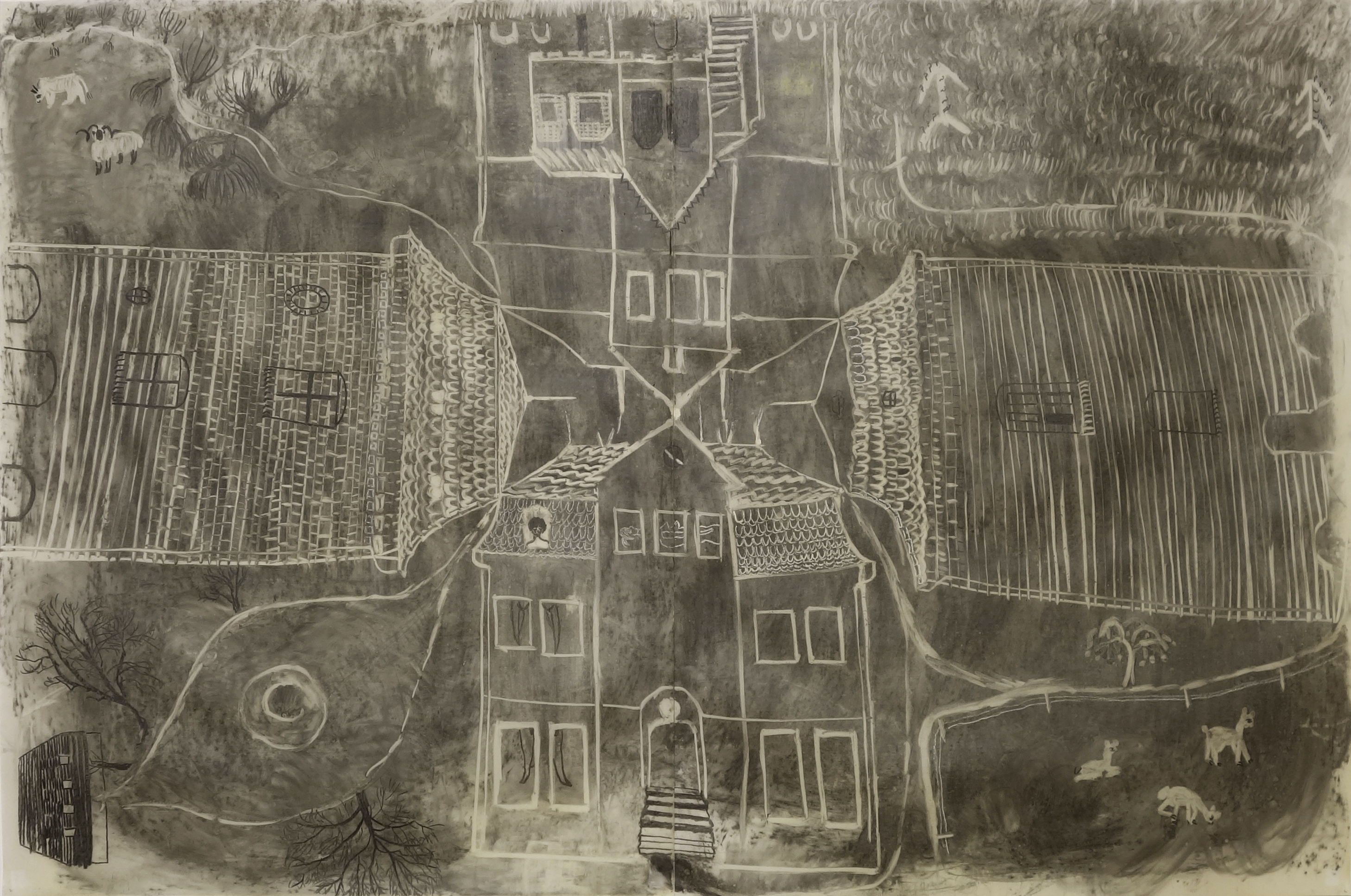 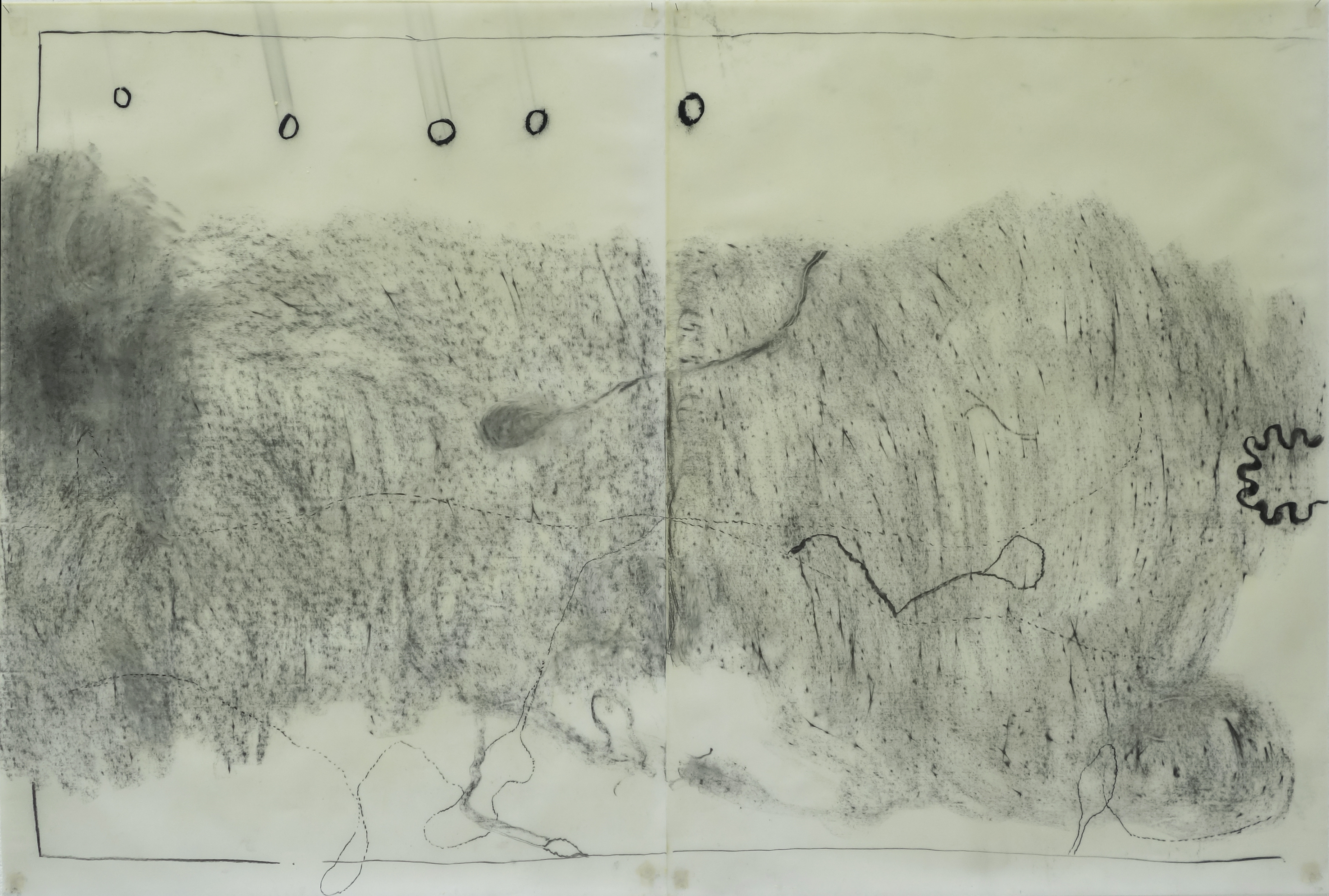 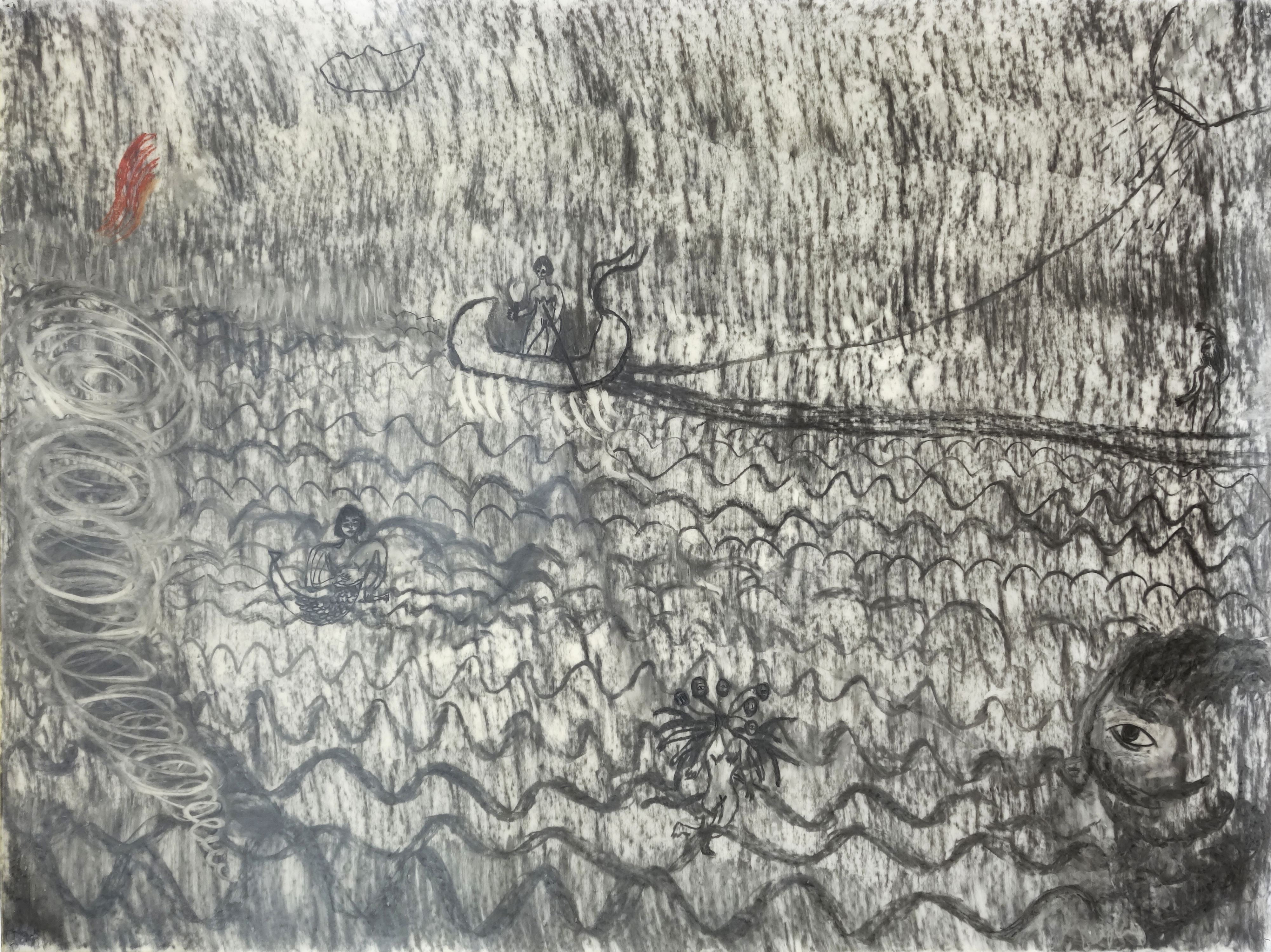 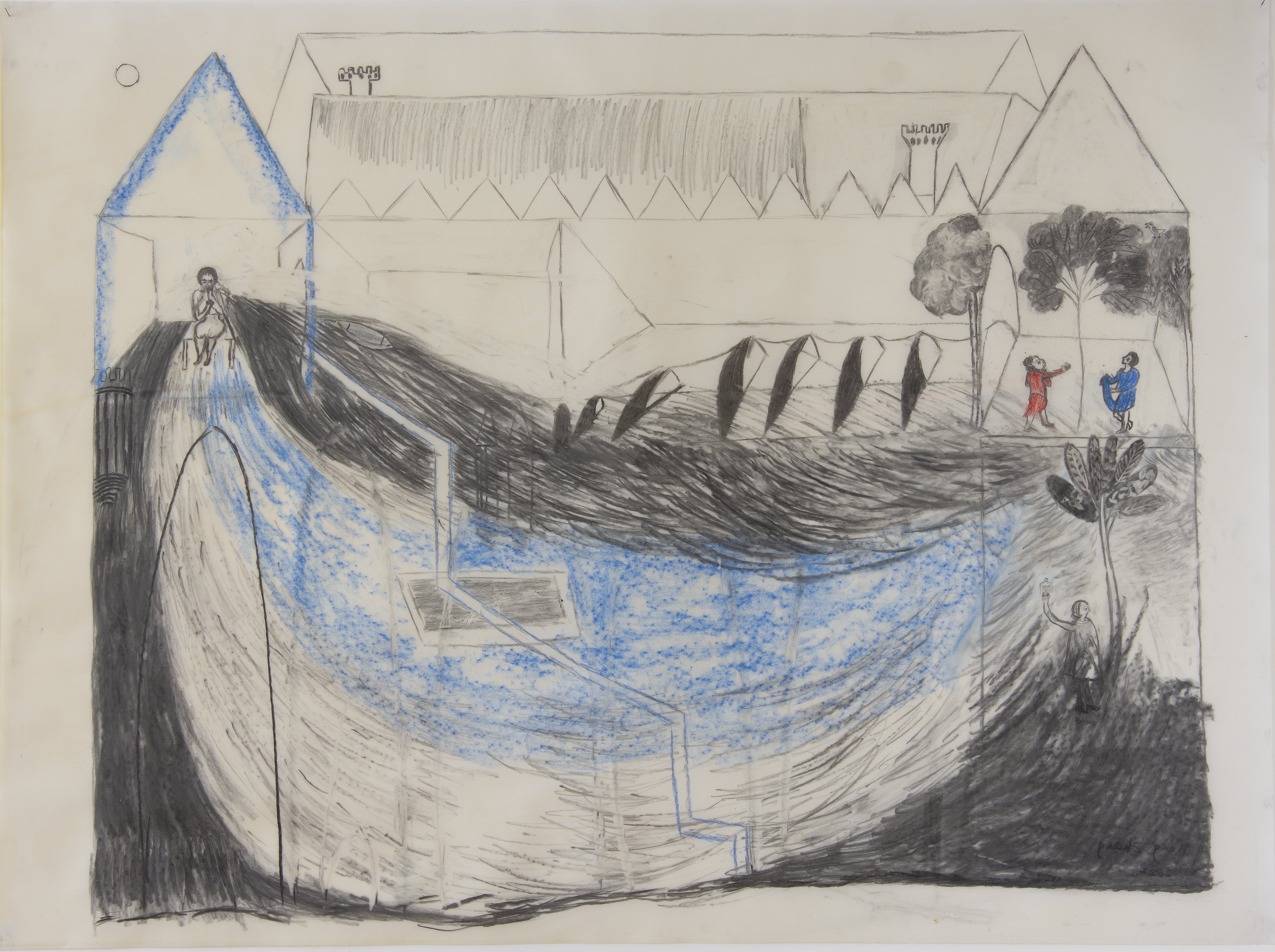 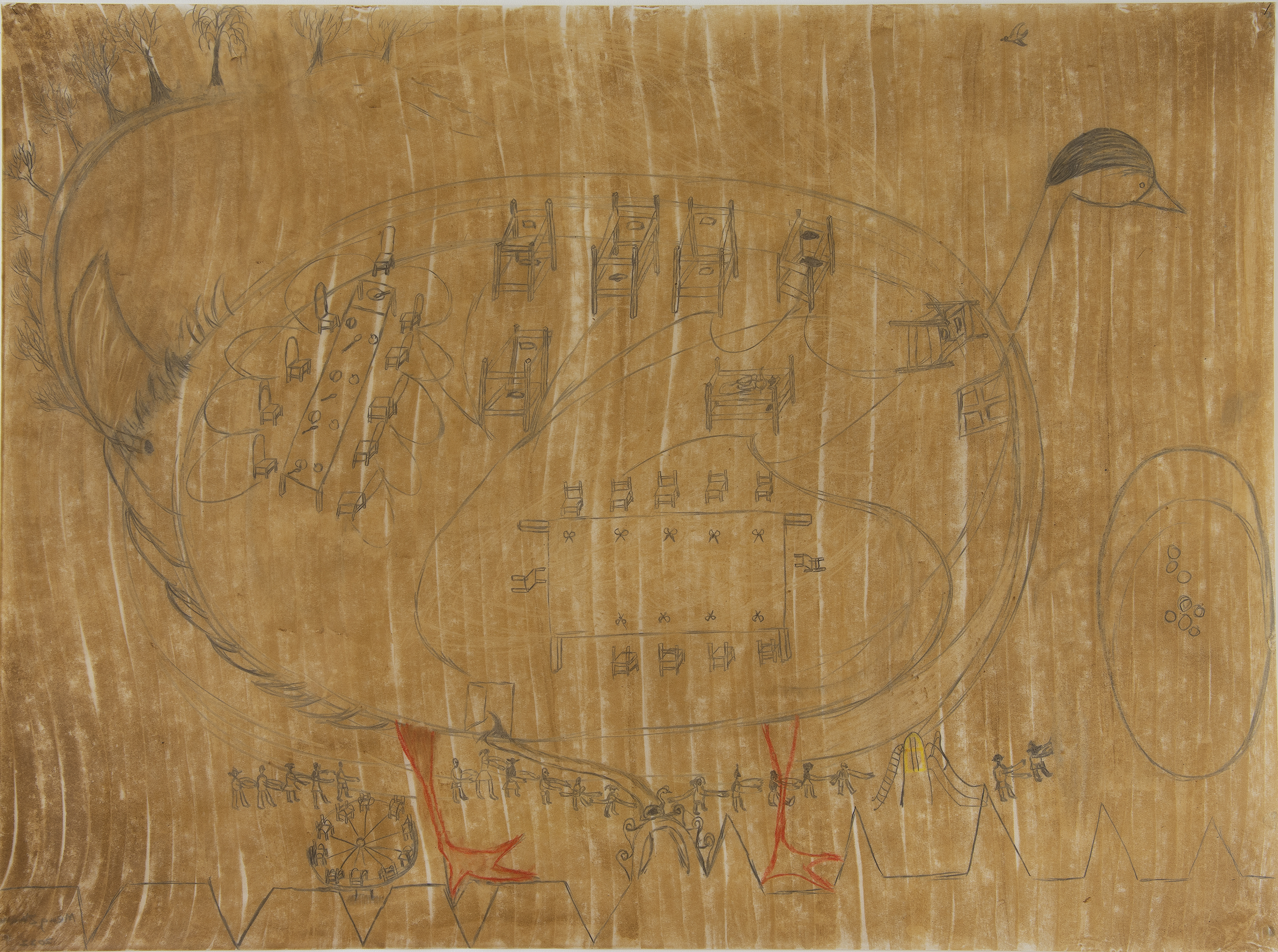 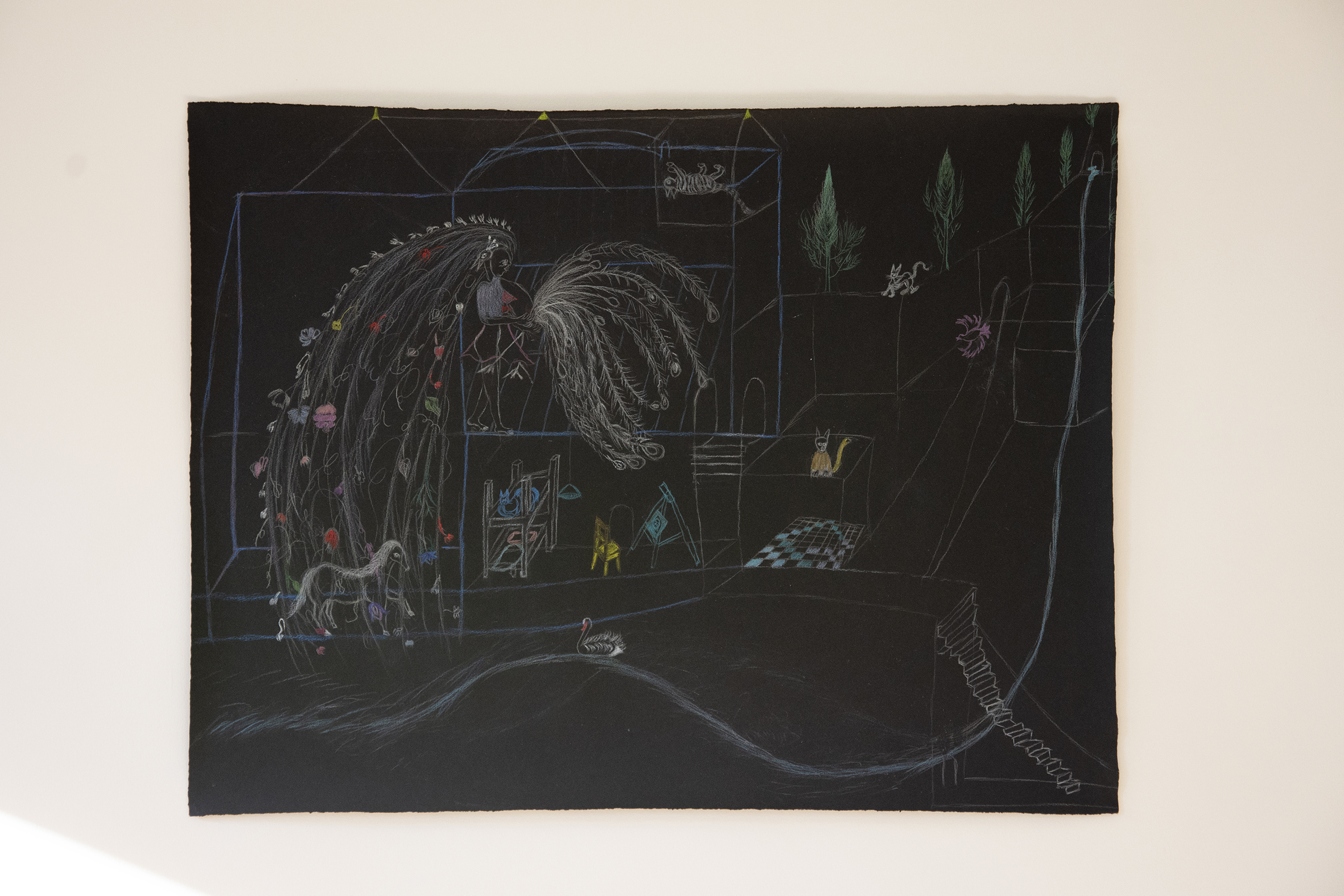 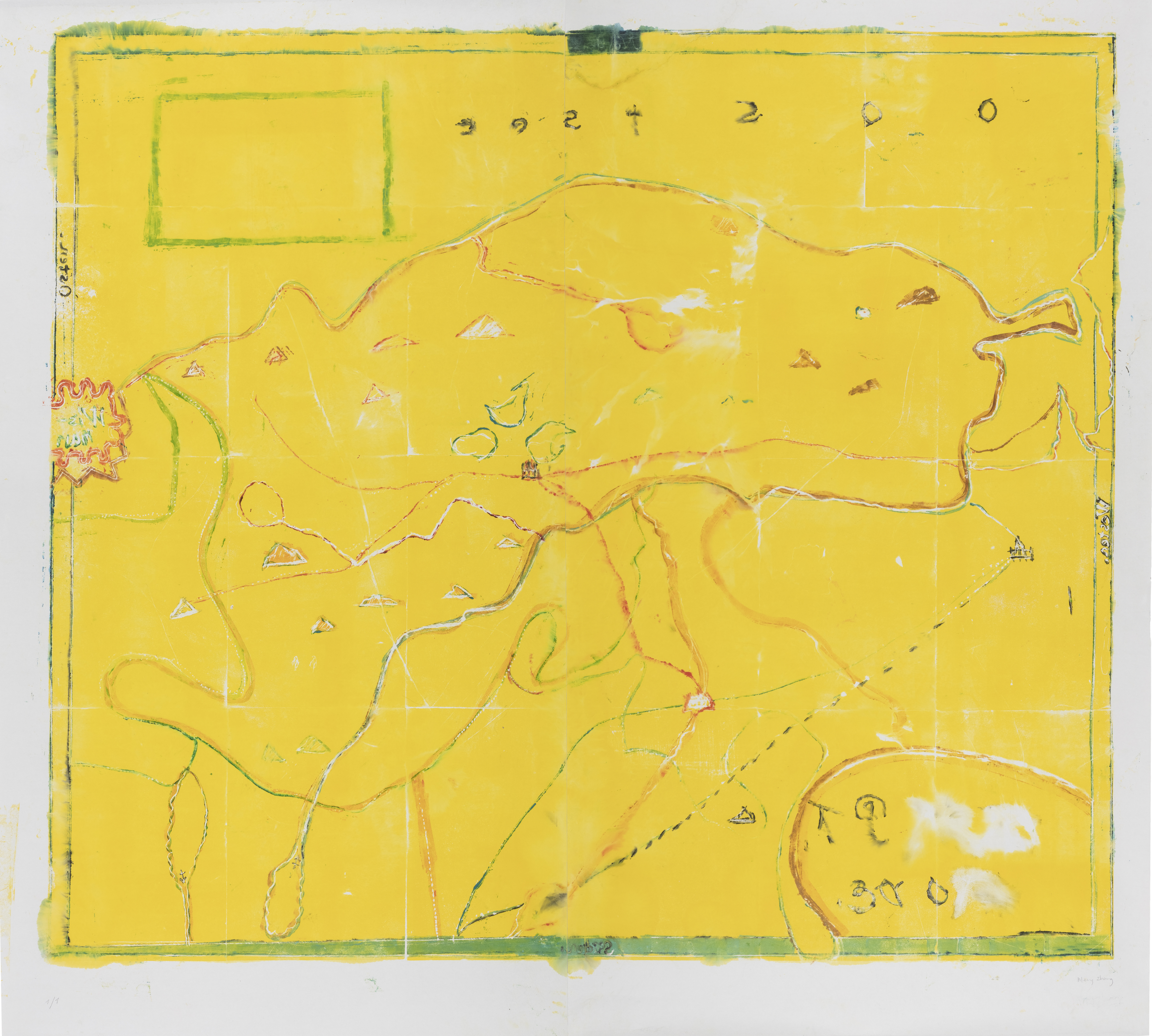 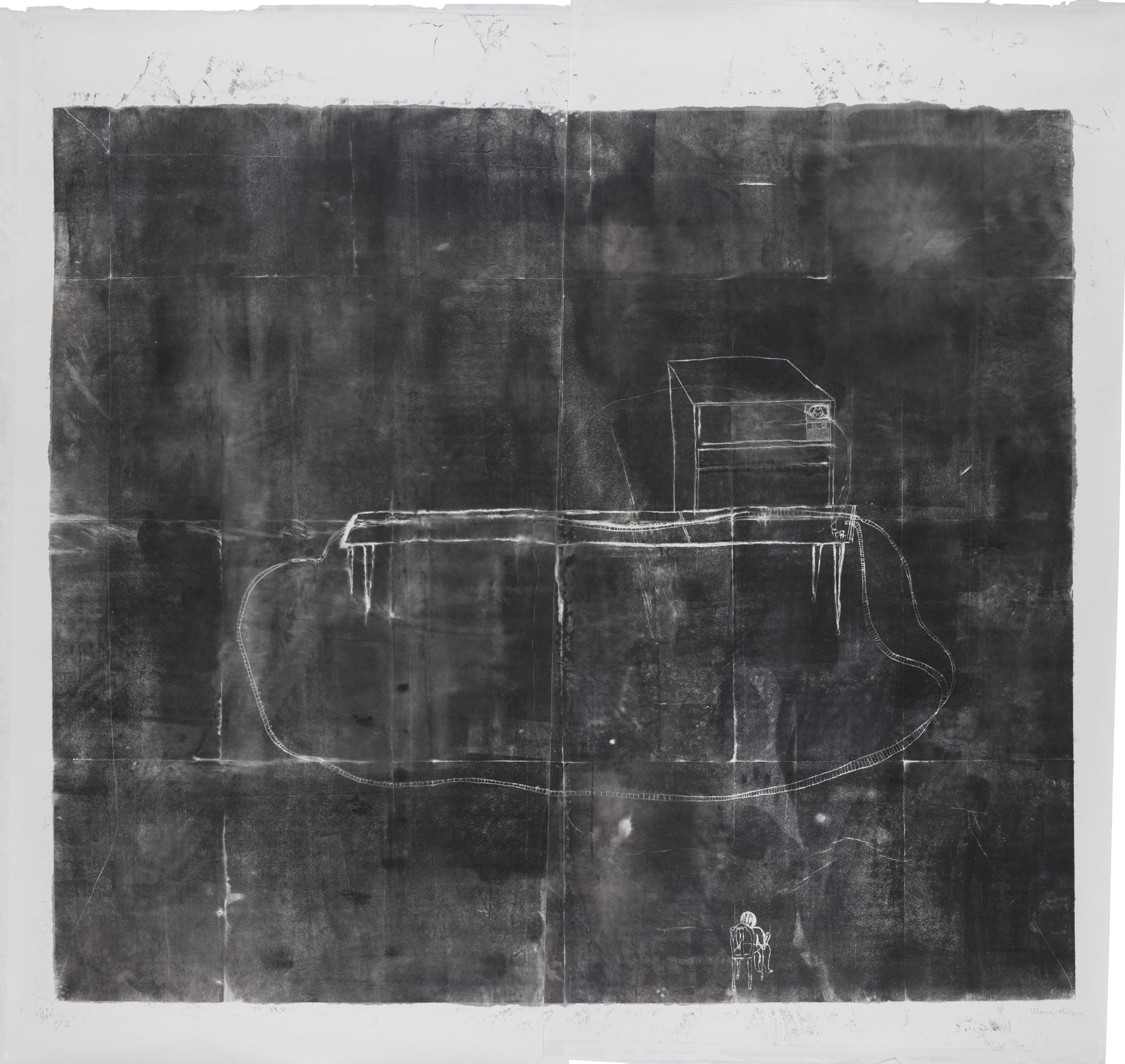 Germany-based artist Zhang Meng resides in Karlsruhe, where the name of the city derived from a romantic legend. Karl III. Wilhelm von Baden-Durlach, Margrave of Baden-Durlach between 1709 and 1738, had a hunting trip passing by and woke up from a dream in which he founded a new city. Another version of the story claimed that he built the new palace to find peace from his wife. No one can verify which is true, but the name, Karlsrule, “Karl’s repose” in German, found a permanent place on the map.

AroundSpace Gallery is honored to present Zhang Meng’s first solo exhibition in Shanghai, showcasing more than a dozen works newly created in the city with a romantic name, Karlsruhe.

Zhang Meng studied English literature in college. Perhaps that’s why all the titles of her artwork read like a short poem, I walked through the park then met the death, Before everything falls apart, A little Baroque, a little Mandala, and a little Distance, to name just a few. Despite having these lyrical titles Zhang’s works feature relatively simple materials and techniques. She holds special feelings towards paper thanks to her childhood memories. In these new works, Zhang used charcoal and wax on translucent vellum paper creating images with bold compositions and relaxed renderings, almost like a child’s doodle at first glance. Only when the viewers pay a close attention can they notice and appreciate the profound content and various layers of each work: people, animals, plants, buildings, scattered Chinese characters, large surfaces covered by was or charcoal (Have you ever been a fan of Neverhood ?), multi-dimensional perspectives in one (Schloss), etc.

Zhang Meng’s works are lyrical and storytelling, but they are not secondary to any literature works. Even in the series of Odyssey the ancient Greek epic was only a starting point for Zhang to develop her own imagination and creation. Her works are much larger than any usual paper-based works, which reduces the impression of illustration and encourages the feeling of independent artwork. Zhang considers drawing as a medium between thinking and seeing. It is “a transformation,” in which she left many traces during the process of drawing, which overlapped, deleted, interwove, at last through errors and mistakes forms the drawing's body. It is a process of meditation: All the things I (Zhang Meng) absorbed into my mind, then fermented, and finally on the paper, I try to find it out little by little.”

Zhang Meng believes that monochrome or black & white is closer to one’s inner world or memory, hence she uses color in a very restrained way. She uses sharpie markers or crayons to paint bright and clear color panes on nonabsorbent translucent vellum paper which distinctly contrast the empty spaces and charcoal lines.  The colors in her works, whether the large yellow surfaces in We came out of the duck to see some art and Nirgendwo, or the sky blue crayons color in Your sadness is bright seem to actively remind the viewer of an unforgettable, bright memory in life.

In her artist statement, Zhang Meng wrote, “as a Chinese living in Europe, my works try to reflect on my cross cultural situation.” In her art, Zhang Meng pays homage to German figurative artists Gerhard Richter, Sigmar Polke, and Neo Rauch, as well as reflects the legacy of Chinese ink painting. She has successfully created a borderless, dreamy, and free artworld to place her identity in Karl’s Repose (Karlsrule).