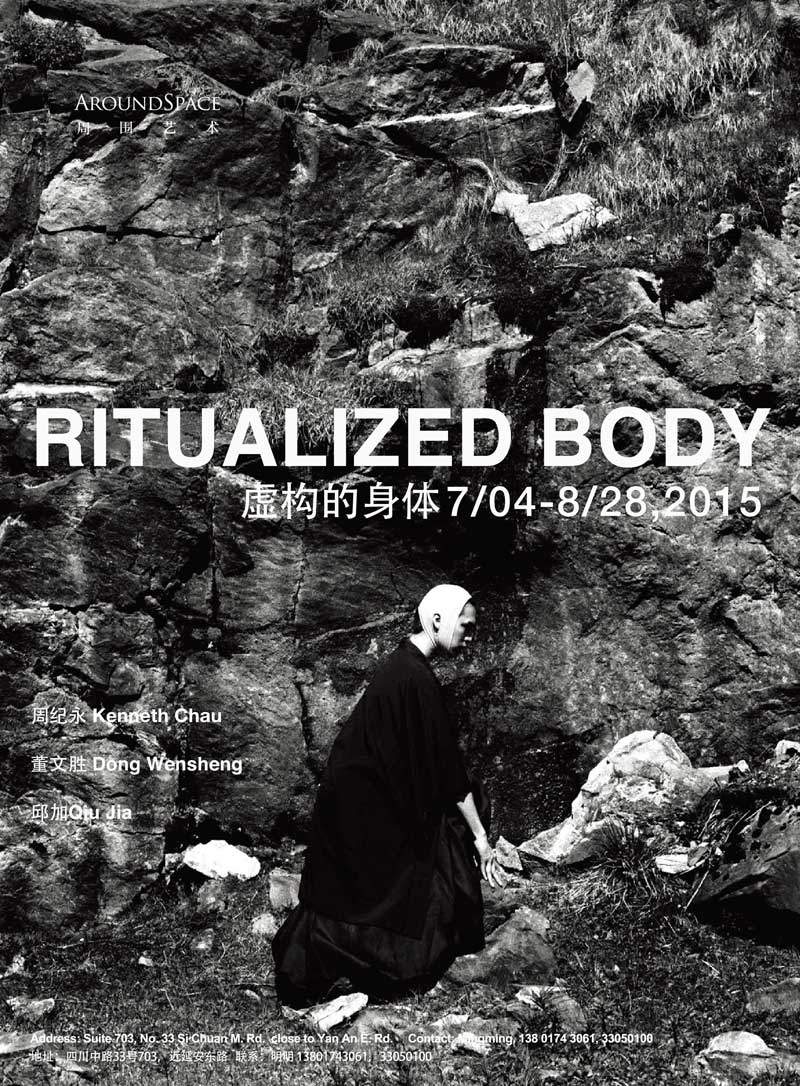 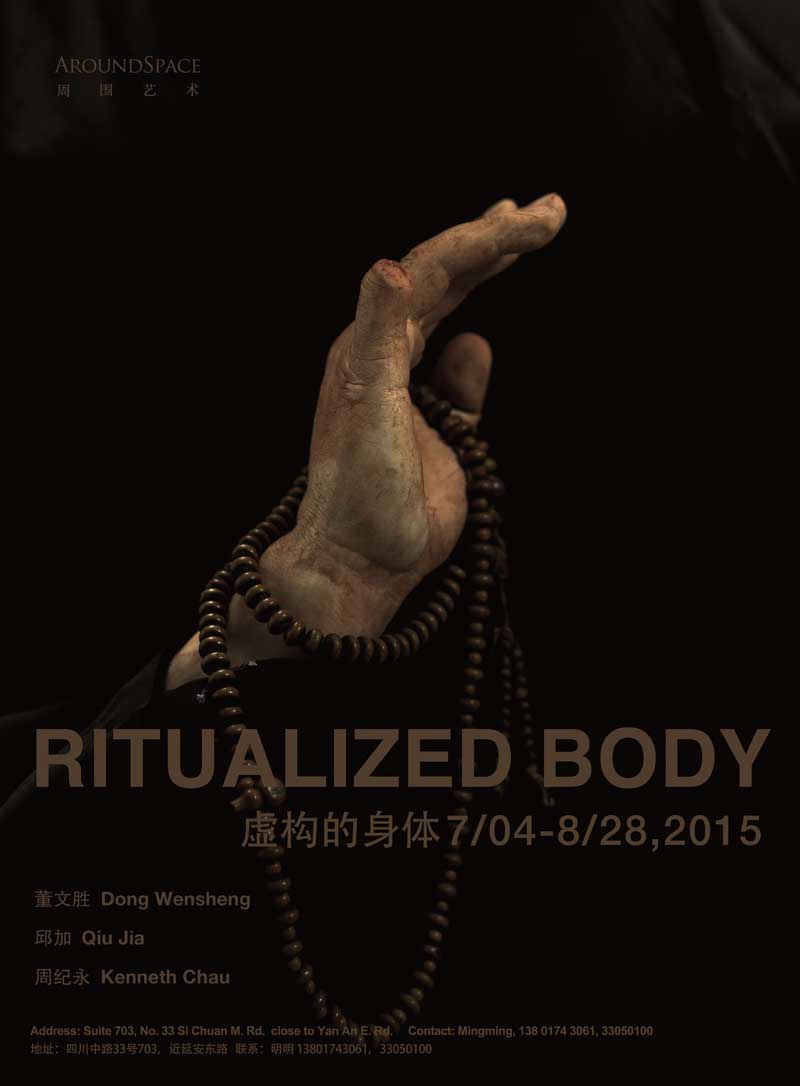 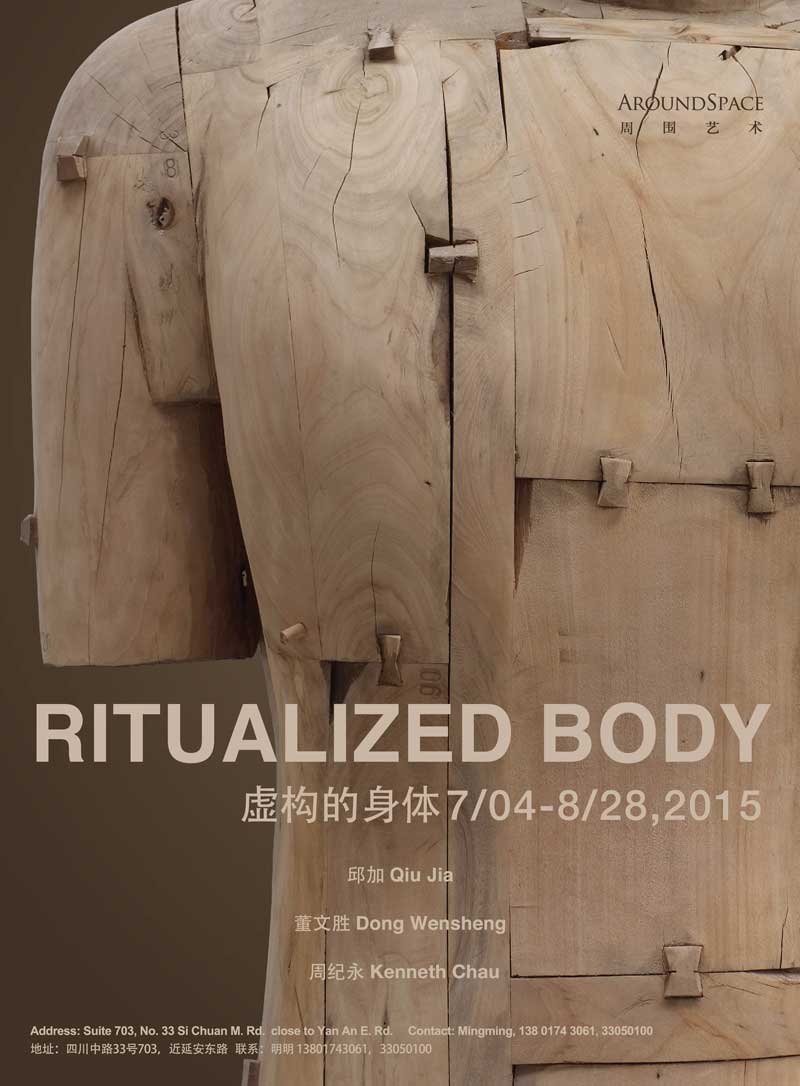 A body is the physical entity of a living creature. At the material level, the body experiences the entire life circle from been born, growing, maturing, to aging and dying. At the spiritual level, the human body is the subject of contemplation and an object of concern; it lives in the natural and social environments, and exercises social responsibilities and cultural duties. Many philosophers have explored and considered the recognition of the human body, e.g. Chinese philosopher Zhuangzi presented a number of concepts of the body in his arguments. The artists' exploration on the body dates back to the beginning of art history. Whether in painting or sculpture, performance or dancing, self-examination or inquiry, artists never stop pursing body-related art, along with the evolution of style, medium, and technology.

Ritualized Body: Kenneth Chau, Dong Wensheng, and Qiu Jia, presented by AroundSpace Gallery, brings back the concept of the body to the entity level, exploring the relationship between an individual human body and nature, culture, and religion. The three artists included in the exhibition narrate, interpret, and de-construct the body from different perspectives and with different mediums. Qiu Jia used traditional Chinese mortise & tenon structure to build fragmented shapes. Through these wooden structures, he presented closed, non-identified, non-communicated body parts. His three-dimensional work stands still in the space with a formidable and quiet power, which seems able to break any boundaries and constraints, and achieve eternity in time. Qiu's work features distinctive personal style and characteristics, the texture and aroma of camphor wood is also part of his art. The body appearing in Dong Wensheng's photography work seems to be a documentation of real human body at first sight; however, with a closer observation, it is re-organized and re-invented, existing only in the artist's mind. Dong's work switches smoothly between reality and fiction, inspiring and challenging the viewers' imaginations and their reflections on their worldviews and ideologies. The Convert series focused on one of the most important body parts, hands, in particular, hands of devoted monks. Whether the holding flowers hands or the folded hands, they are the body that perform religious ritual, full of metaphor and symbolism. Kenneth Chau is a New York-born, Edinburg-educated Chinese-American artist, whose first solo exhibition in Shanghai in 2007 raised considerable attention. From then on, his body continuously appears in his artwork. Graduated from the Parsons School in New York and the University of Edinburg in the U. K., Chau received degrees in photography and phycology. His work concentrates on revealing the complexity of the human body's inner world. In his recent series, he presented the correspondence, coordination, conflict, and combat between an individual body and nature.

The ritualized body derives from the real, material body, yet is not bound to the latter, it is more elusive and unpredictable. Zhuangzi believes that the individual body and the entire universe are united as a whole, thus the body is unlimited. The three artists' explorations on the body are on different levels and in different dimensions, but all exceed the physical body and challenge the spiritual level. Under the motive of body, their creativity and imaginations have no limitation.